An Open Letter to NBC 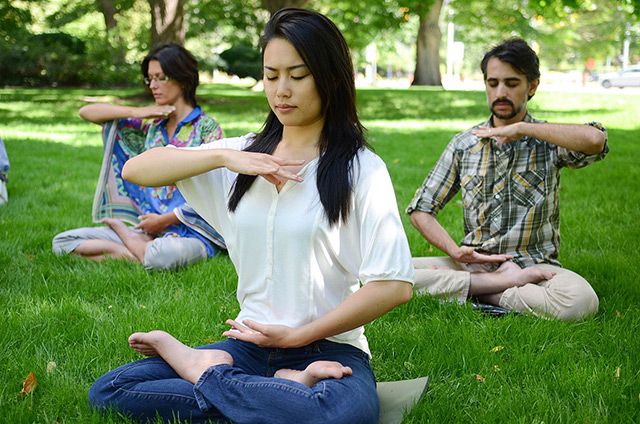 An NBC article is spreading misinformation, propaganda and bigotry to marginalize a peaceful, spiritual group in order to strengthen their hit piece on a rival media.

NBC reporters Brandy Zadrozny and Ben Collins have published an article grossly mischaracterizing the beliefs and plight of the Falun Gong spiritual practice, and the tens of millions of people from around the world who practice it.

There are several problems with this article. Let’s first examine the ease with which it dismisses large-scale human rights atrocities.

For 20 years, major human rights organizations, scholars, the U.S. government and other governments around the world have repeatedly called the systematic detention, torture and killing of Falun Gong practitioners in China by the Chinese communist party an illegal and unjustified attack on innocent believers of a peaceful faith from a paranoid regime.

The New York Times among other major media outlets clearly reported that there were at least 70 million people practicing Falun Gong when the violent persecution started. A Wall Street Journal reporter was awarded the Pulitzer Prize for exposing these atrocities and revealing how they are state-sanctioned. According to Freedom House, hundreds of thousands of Falun Gong adherents have been sentenced to labor camps and prison terms.

Furthermore, there is widespread evidence that Falun Gong practitioners are being systematically detained and killed on a large scale so their organs could be sold for profit by the Chinese regime. The BBC has covered this several times. So has Forbes, The Guardian, Newsweek, The Telegraph, the Wall Street Journal, among others, and even NBC.

Yet, this article reduced the sheer scope and scale of all these horrors down to a single sentence: “Human rights groups have reported some adherents being tortured and killed while in custody.”

Would these NBC journalists also suggest a “handful” of people were reported killed in the Rwandan genocide? Maybe “some Jews” were killed in the Holocaust? If not, how does one explain how the systematic persecution of 70 million people is reduced to “some adherents?”

But the real distortions formulated by this article lie in the manner in which Falun Gong beliefs are portrayed.

The characterization of Falun Gong – a traditional spiritual practice with roots going back thousands of years and with tens of millions of practitioners in China and around the world – is reduced to a few dismissive paragraphs derived from three sources: one ex-practitioner, a professor who has openly defended Chinese communist party thugs accused of physically attacking Falun Gong practitioners in New York City, and the reporters’ own prejudiced opinions of Falun Gong teachings.

There’s no real discussion with current practitioners concerning how they actually interpret the teachings nor an examination of how those teachings play out, in reality, in their daily lives. In short, there is no genuine effort to understand the teachings and beliefs. Instead, a few journalists who have no known expertise in this area and with a clear agenda to disparage Falun Gong, apparently spent some time reading through Falun Gong’s teachings looking for quotes to be used for the narrative they were crafting.

We seek to develop honesty, compassion and forbearance in our character through meditation and mindful living. This is not just dogma or talking points; these principles guide us and motivate us. We believe in them deeply and doing so has uplifted the lives of millions, and brought happiness and balance to our lives and our families. Yet, this article chose to completely ignore this.

It is also noteworthy that there is no content included in the article from the almost two hours spent on the phone interviewing me – a Falun Gong Information Center representative. In fact, the article states: “A representative for Li declined an interview request,” which clearly implies no one returned calls from these journalists. I returned the calls, and participated in a long interview.

And here’s something I find truly shocking: of the several sources directly linked from this article, one link goes directly to the Chinese government’s website. There are no links to the Falun Dafa Information Center’s website.

So, let’s be clear what this means.

These reporters consider the Chinese communist regime, which has killed tens of millions of people during its reign and continues to persecute millions, from Uyghurs, to Christians to Falun Gong, to be a credible source. Meanwhile, a representation for Falun Gong — the Falun Dafa Information Center — which contains an abundance of references to third-party reports (i.e. Amnesty International, Freedom House, U.S. Congress, CECC, etc.), is not referenced or even mentioned.

And finally, the characterizations of Falun Gong found in this article are littered with distortions that track very closely to official Chinese communist party propaganda points, which are outright lies or at least intentional misrepresentations crafted by the Chinese regime with the calculated purpose to divert attention away from large-scale human rights abuses. That’s truly disturbing. For 20 years the Chinese communist party has attempted to dehumanize Falun Gong practitioners in a vain attempt to “justify” its brutal torture and murder of peaceful citizens. By irresponsibly repeating their lies, this article does more to aid the persecution effort than many may realize.

If these NBC journalists want to attack Falun Gong, they shouldn’t pretend it is investigative journalism. When it comes to the content about Falun Gong and its teachings as well as the unbelievable omissions surrounding the persecution in China, this is strictly an opinion piece with a clear agenda. And sadly, it appears, these opinions were crafted to build the case against a rival media. This is a terrible abuse, and indeed, a degrading, of the fourth estate.