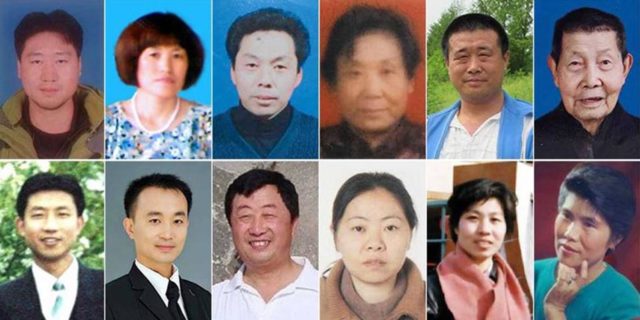 Ninety-six Falun Gong practitioners in China were confirmed to have been persecuted to death for their faith in 2019, bringing the total confirmed death toll to 4,363 over the past 20 years of brutal suppression.

Falun Gong, also known as Falun Dafa, is an ancient spiritual and meditation discipline based on the principles of Truthfulness, Compassion, Forbearance. The peaceful practice has been persecuted by the Chinese communist regime since July 1999.

The deceased practitioners, 53 of them female, came from all walks of life, and included doctors, college professors, factory managers, bank employees, engineers and farmers. Their ages ranged from 28 to 87, with an average age of 62.5.

Nineteen of the practitioners died while still being held in prisons, detention centers and police stations. Ms. Guo Zhenxiang, 82, died a few hours after she was arrested on January 11, 2019. Mr. Yang Shengjun passed away nine days following his arrest on August 2, 2019. A 41-year-old woman, Ms. Li Yanjie, fell to her death on December 7, 2019, while trying to escape being arrested.

The month of January registered the most cases, with 20 deaths. March and July each had ten cases. The rest of the nine months each registered single-digit cases.

The confirmed deaths took place in 23 provinces and centrally controlled municipalities, with Shandong Province registering the most cases (16), followed by Heilongjiang (11) and Liaoning Province (10). The other provinces and municipal regions all had single-digit cases.

The original, full Minghui.org report can be found here.