In 2019, Hundreds Imprisoned and Thousands Arrested for Their Faith

Confirmed Cases Believed To Be Fraction of True Number 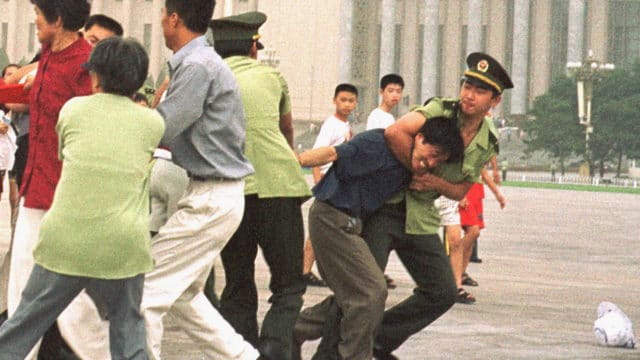 At least 774 Falun Gong practitioners were confirmed to have been sentenced for their faith in 2019, according to information collected by Minghui.org.

Some of the Falun Gong practitioners were sentenced for raising awareness about the persecution of Falun Gong. For example, Ms. Guo Jinrong of Liaoning Province was sentenced to 3.5 years for distributing information about Falun Gong 10 years ago.

In many of these instances, the police, procuratorates, and courts violated legal procedure at every step of the prosecution process, from fabricating evidence and witness accounts to holding secret trials and blocking appeals.

Some practitioners were given their verdicts just days following their arrests. And some were tortured in custody and imprisoned despite serious medical conditions.

6,109 Falun Gong practitioners were arrested and 3,582 harassed by police for their faith.

The arrests and harassment of Falun Gong practitioners spiked around these three anniversaries, as the authorities attempted to prevent the practitioners from engaging in public demonstrations or launching other grassroots efforts to raise awareness about the persecution.

Many of these practitioners were arrested in groups, usually of two or three dozen. In most cases, the police monitored the practitioners’ cellphones and their daily activities for months before executing the arrests.

The arrests and harassment of practitioners took place in 29 provinces and centrally-controlled municipalities. Shandong, Hebei, and Sichuan were the top three provinces with over 1,000 practitioners arrested and harassed. Eighteen provinces, such as Jilin and Liaoning, reported triple-digit cases of arrest and harassment.

An influential U.S. congressional commission also recently called out Beijing for its escalating suppression of faith groups in 2019.

“Scholars and international rights groups have described religious persecution in China over the last year to be of an intensity not seen since the Cultural Revolution,” the Congressional-Executive Commission on China (CECC) said in an annual human rights report released on Jan. 8.

Over the past year, U.S. officials have repeatedly condemned the Chinese Communist Party for its widespread violations of religious freedom.

“The party demands that it alone be called God,” U.S. Secretary of State Mike Pompeo said in June 2018.

“In China, the government’s intense persecution of many faiths—Falun Gong practitioners, Christians, and Tibetan Buddhists among them—is the norm,” he said.

The Epoch Times‘ coverage of this story is here.