International Pressure and a Daring Escape 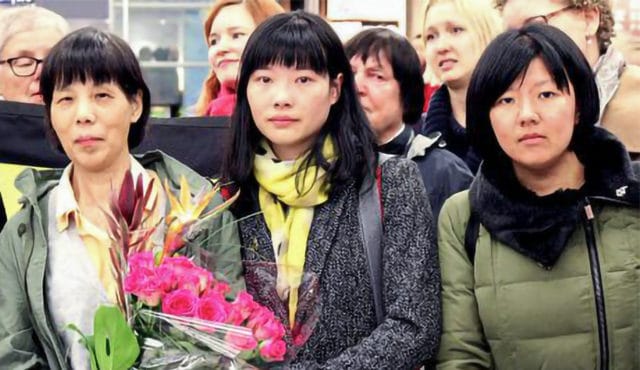 Chen Zhenping pictured with her daughter in Finland on Oct. 9 2015.

When Falun Gong prisoners of conscience are rescued from dire situations in China, it’s usually thanks to the concerted efforts of overseas fellow adherents, rights organizations, and politicians.

The story of Ms. Zhenping Chen’s journey to freedom in Finland began in December 2012, when the Amnesty International Taiwan Group 32 took an interest in her case. In the three years that followed, the group applied constant pressure on Ms. Chen’s persecutors while appealing to the Finnish government and media, as well as to the Chinese authorities.

Ms. Chen’s first prison term began in 2003, when she was sentenced to three years in Henan’s Shibalihe women’s labor camp. There, she underwent force-feeding and was put in a specialized straitjacket meant to “transform” the Falun Gong adherents, that is, to force them to quit the practice and renounce their beliefs.

Women at the labor camp were routinely tied up in the garment, which is designed to tighten when the wearer struggles. One of Ms. Chen’s fellow inmates died after spending a day in the straitjacket. Ms. Chen was tied up and hung from a window while in the straitjacket.

When Ms. Chen went on a hunger strike to protest efforts to transform her, labor camp staff force-fed her. After one particularly violent force-feeding event, she went into shock, and the authorities notified her daughter to take her home.

In July 2008, in anticipation of the Beijing Olympic Games, Ms. Chen was arrested and sentenced to eight years at the Xinxiang City Women’s Prison. She was forced to work 18 hours a day in the prison’s garment factory.

Ms. Chen’s daughter, Jin Zhaoyu, who was by then living in Finland, brought the matter to international attention with the help of Amnesty International and Finnish media.

Countless letters demanding Ms. Chen’s release were sent to those responsible for her abuse—officials at the prison, public security, and the judiciary. Often, the letters were addressed to individual wardens, prison heads, and guards, making the issue personal and letting them know that they would get no anonymity for their violence.

Ms. Chen was finally released, and in September 2015, she escaped to Thailand with the help of friends, before arriving in Finland. She and her daughter were reunited after seven years apart.

“Today I am finally standing on free land, the beautiful Finland,” Ms. Chen said at the time. “I want to thank Amnesty International and the kindness of people who show their support to the persecuted Falun Gong practitioners who carry on in the belief of truthfulness, compassion, and tolerance.”